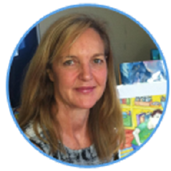 ​“It’s only week 3!  How are we going to cope with these weekly spelling lists and tests ALL term!” a mum of a Grade 2 child, with the dreaded spelling list in hand, cried as she entered my clinic this week.

Many parents (and young students) feel overwhelmed with having to learn a list of seemingly unrelated words EVERY week!

Are you looking for a better way to REALLY help your child learn spelling. Something better than having the children memorize words for a Friday Spelling test only for them to forget them next week. They can write them in the list but can't seem to spell  the very same words in a sentence!

This blog series “Coping with the Weekly Spelling Lists”

will provide you with useful steps to build routines

that will make managing spelling lists easier for all involved!

a) Can read the words

b) Can say the words correctly, and

c) Know the meaning of the words

can they read the words?

It is no surprise that there are some links between reading skills and spelling skills.

Reading and spelling do actually use different but related mental processes (decoding vs encoding). This is why some children might be great readers but may not be great at spelling?

Ask the child to read the words.

Spelling is likely to be more difficult if they cannot read the words.

Observe which words they read easily and which ones they had to “sound out”, try a couple of times to get it right or asked for help with.

Ask your child to look closely at the letters and the sounds they make for all the “hard to read” words.  Begin spelling the words they can read easily while you consolidate their reading of the “harder” words. 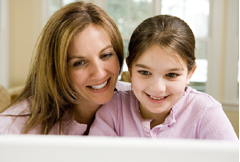 can they say the words?

Sometimes children may say words back to themselves incorrectly.

They are likely to make the same mistakes in spelling as in saying the words (e.g., spelling it by leaving out the sounds or mixing up the letters).

Ask the child to rehearse saying the word helping them to emphasis the correct order of the sounds or making sure all the syllables are said clearly.

Clapping out longer words to make sure all the syllables are included can help (e.g., re– mem – ber)

This is particularly relevant if the child has had speech delays in the past or currently have speech difficulties (e.g., dyspraxia).

It is important to check to see if the child has residual speech errors.

Common errors such as saying the “th” sound as a “f” sound often comes out in a child’s spelling (e.g., saying or spelling “think” as “fink”).

Another common residual error is saying a “w” for “r” (e.g., “red” is said as “wed”). Even an untreated lisp (an incorrect production of the “s” sound) can impact on spelling.

If your child is over 5-6 years of age, then all speech sounds should have matured. Contact us at SpeechNet Speech Pathology if you feel a speech screen is required to “fix” up these last speech sound errors before they appear in the child's spelling.

CALL OR EMAIL FOR BOOKINGS & ENQUIRES

do they know the meaning of all the words?

You could be surprised what words they don’t “really” know the meaning of. Sometimes they may have an idea but it may not be spot on. Even grammar or site words carry meaning e.g., “she” refers to a girl/ lady/ female

The research has shown that there is a strong link between literacy skills and vocabulary skills. Children with a history of delayed language that “catch-up” in the pre-school years, sometimes find language difficulties “re-emerge” in the school years.

This is because each year of school requires higher and higher level language skills – more vocabulary, more abstract vocabulary and  higher expectations to learning things faster.

This can then involve having to read and spell more complex words!  A lot of people that see children having problems with spelling do not think about how “language” skills could be dragging the spelling backwards.

Speech Pathologists can do vocabulary tests and language tests to eliminate these factors as affecting literacy and /or can provide therapy sessions to bolster language skills.

WHERE CAN YOU FIND HELP?

AS A PARENT YOU WANT

THE BEST YOU CAN

Research has shown that the early years at school are extremely important. Children quickly get a mind set of whether school is hard or fun. Early intervention is key to keep the love of learning that will be important for all their schooling.
SpeechNet therapists are experienced in working with this age group in relation to;
Speech and language difficulties,
Phonological awareness,
Early reading and spelling development,
Auditory processing and
Memory skills -all the necessary components for successful and fun academic achievement.
We can help with development of these skills and assist in the liaison with your child’s school to ensure optimum support for your child.
As we have dedicated speech pathologist that work in schools, we have experience in educational settings.
Learning support and teaching staff are invited to call us to ask questions or enquire how we can provide support in your schools

CALL OR EMAIL FOR BOOKINGS & ENQUIRES