“My child is a late talker, I’m afraid she won’t get the education and opportunities she needs to reach her potential”: Late Talker Series 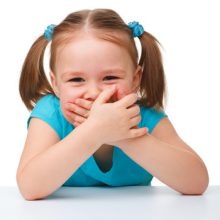 “I know he is only 3 years old but we have the first school interview this year!”: “I know they do entrance tests, what if he doesn’t get into the school  – it’s where his Dad & Uncles went to and all his boy cousins go there ! With more expectations on Prep-students and more competition for many schools, parents are reporting increased stress about their late talkers reaching their educational potential.

Some research has shown that children that are late talkers* are at risk of later reading and academic difficulties if early intervention is not provided. 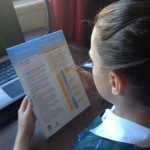 Late Talking can have implications for reading & spelling skills in the school years.

Research suggests that slow language development at 24-31 months is associated with a weakness in language-related skills into adolescence relative to skills manifested by typically developing peers1. Early language development appears to set the stage for a lifetime of competence in language and literacy. The brain pathways and mechanisms associated with the relative advantages of early communication success, or the disadvantages of having delayed language development is not fully clear. However one study looked at brain activity by the use of functional magnetic resonance imaging of 3 groups of primary school age children. The children in each group had the same age, gender and had matching IQs. The 3 groups only differed by whether they had a history of being early talkers, talked at the typical age or were late talkers. Activation in brain activity in certain areas of the brain were significantly lower in late talkers, demonstrating that residual effects of being a late talker are found not only in primary school age tests of oral and written language, but also in the brain circuits underlying speech, reading & spelling.  All oral and written language measures revealed consistent patterns for ‘early’ talkers to have the highest level of performance on reading & spelling and ‘late’ talkers to have the lowest level of performance2.

For some late talkers the problems appear to “resolve” on the surface (i.e., they start talking eventually) only for problems to re-emerge in the primary school years when intervention was not obtained. Many later talkers were found to be performing in the lower average range on most language tasks by age 5, however, they had significantly poorer scores on most language measures through age 9. Typical developing children and late talkers did not differ in reading skills at age 6 or 7, but the late talkers were slightly less skilled in reading at ages 8 and 93. Findings suggest that slow early language development reflects a predisposition for slower acquisition and performances in the low average ranges in a wide range of language-related skills into middle childhood.

Parents are concerned that “catching up” yet to still be in the “low average” is not sufficient for entry into their chosen schools and express frustration when their child’s IQ tests indicate that their intelligence is not in question, but their language skills are reducing their potential academic performances. I have had a number of parents reporting that their children have not been accepted into private boys school based on scores that were all in the very lowest scores of the average range (e.g., if average is 7-13, they were being rejected if too many of their scores fell at 7). They expressed regret at not having been more proactive in the early years when their speech was a little late to get started.

Many children are saying lots and lots of words and may easily meet the “50 words at 24 months” criteria for Late Talking, however they do not meet the second part of the criterial: Combing 2-words to form early sentences by 24 months. It would appear that this second part of the criteria of “late talking” is just as important and perhaps parents should not feel their child is out of the woods if they can say lots of words if they are not combining words at 2 years. Research has found that no word combining at 2 years of age is a significant risk factor for poor ability to express themselves, reading comprehension, and math outcomes at 8 years of age4,5. Hence it is not just the English subjects that appear to be affected but subjects such as maths!

Implications of late talking do not seem to diminish after primary school. Reduced relative performances in high school students have been related back to late talking when they were toddlers. Studies have found that age 2 Spoken Vocabulary Score was a significant predictor of vocabulary, grammar, verbal memory, and reading comprehension/writing at 13 and 17 years of age1,6. Findings suggest that slow language development at age 2-2 1/2 is associated with a weakness in reading, spelling & language-related skills into adolescence relative to other children that presented with typical development.

*Late Talker: A child saying less than 50 words and not using a minimum of 2-word sentences at 24 months while no other overt developmental issues are present.